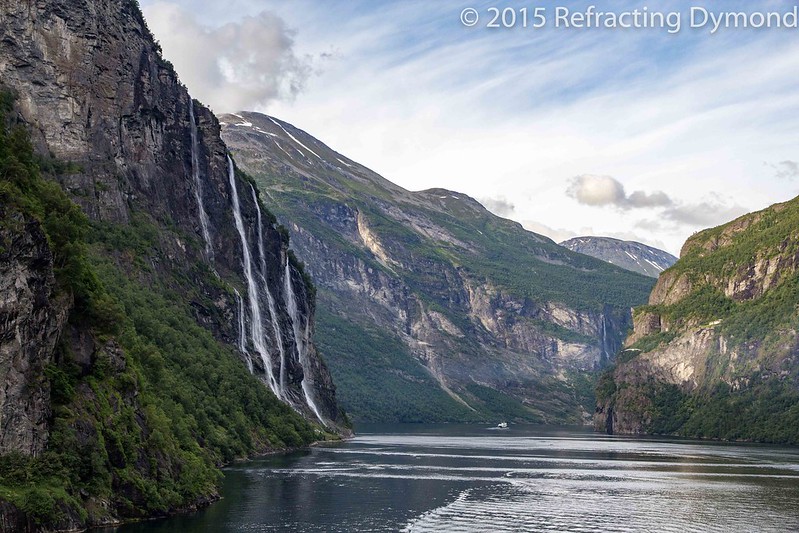 The Seven Sisters Waterfall is located in the Geiranger Fjord in Norway. It is a beautiful sight, the steep walls of the fjord and the water cascading over it making for a dramatic landscape. The waterfall is 820 ft/250 m. The folklore says that the streams of the waterfall each represents one of seven beautiful sisters. The waterfall on the other side of the fjord is shaped as a bottle, supposedly because it asked each of the seven sisters to marry him. When they all declined, he became an alcoholic. The Norwegians are very creative with their fairy tales, I guess such a landscape simply inspires the imagination.