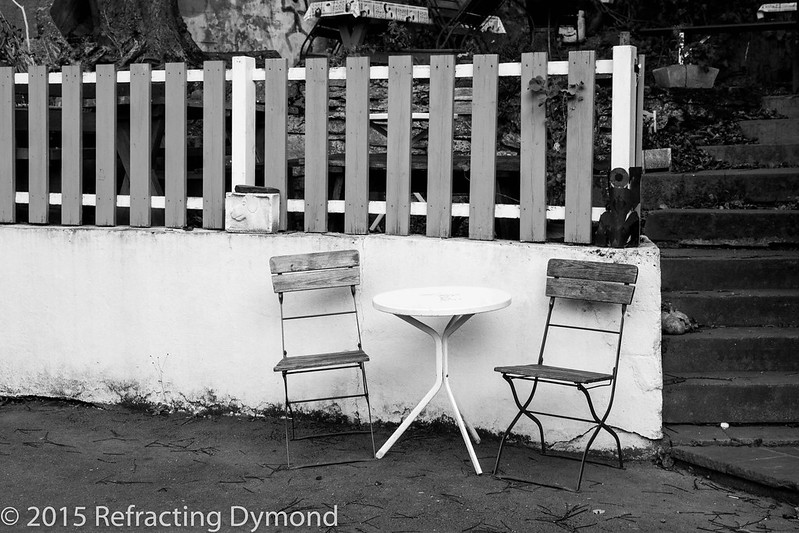 While taking a walk along the Ahr River, I noticed this table and chairs on the side of the road right near where the path began. The table and chairs did not match and were very simple. Yet I found them inviting. They obviously were meant for the people who lived in the house, but the chairs were inviting. They were almost asking passers by to sit and take a break.

Most people probably would have taken a picture of the mountains and the river valley behind me. But I chose to shoot what caught my eye. One thing I have noticed through the visitor statistics to this site is that the most unique photos, the ones of things that people normally don’t photograph, or photographed in an unusual way, are the ones that get the most views. That is why I am posting this and not the mountain view.