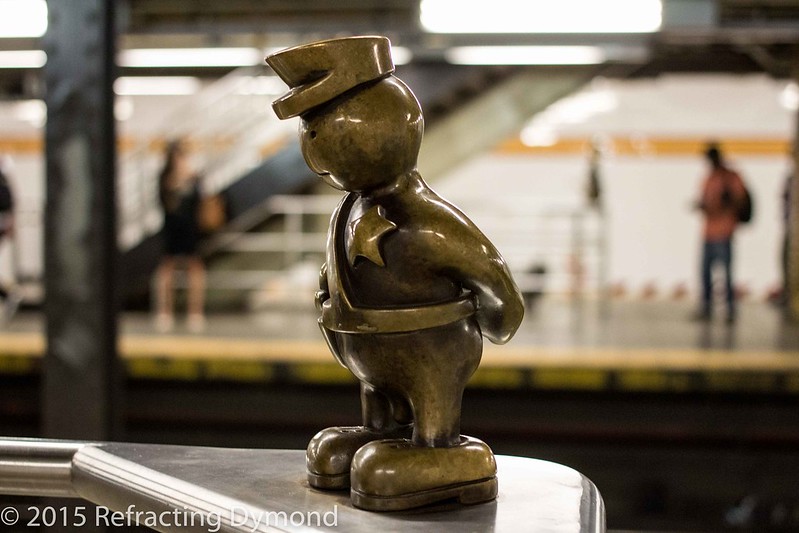 The final post taken during my September 2015 trip to New York City. After an sunrise walk downtown (see previous post), I took the subway back to the hotel. The station had sculptures of little policemen all around the platform. It is hard to brighten up a subway stations, but these little guys sure did.

Given the low light, I had to up the ISO to 2000. I opened the aperture to 2.8 to blur the background and let in as much light as possible. I am quite happy with this, given the lighting and lack of a tripod. I was surprised there wasn’t much noise given the high ISO.