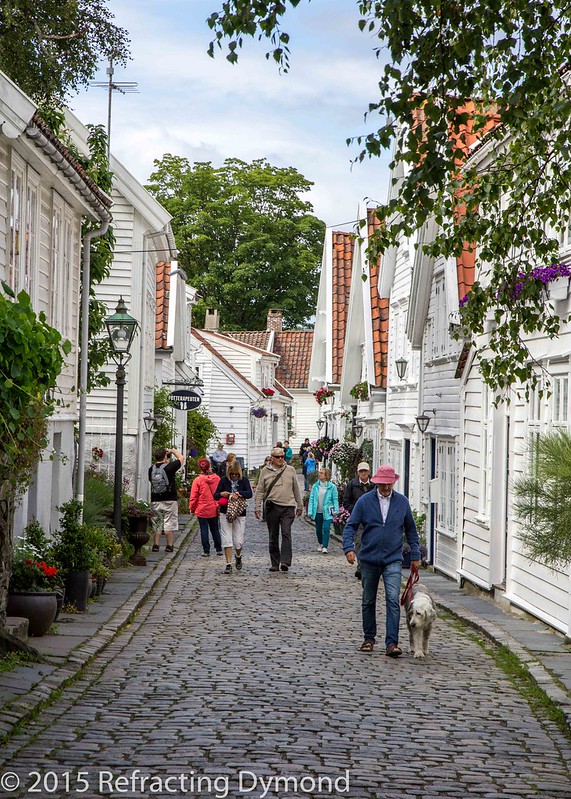 Stavanger is one of the wealthiest towns in Norway, given that it is the center of the oil industry. I was expecting something much more urban, given it is the fourth largest city in Norway. Instead, I found a cozy little coastal town. The old city is made up of white houses and is beautiful to stroll through. There are residences mixed in with tourist shops selling local goods. A quaint surprise of a town.

This was an easy snapshot. The hardest part of this picture was the composure, trying to find a street and angle that showed the fronts of the houses as well as the mood on the street. From the old man walking the dog to the tourist taking the picture, I think this captures the spirit of Stavanger well.

2 thoughts on “Streets of Stavanger”