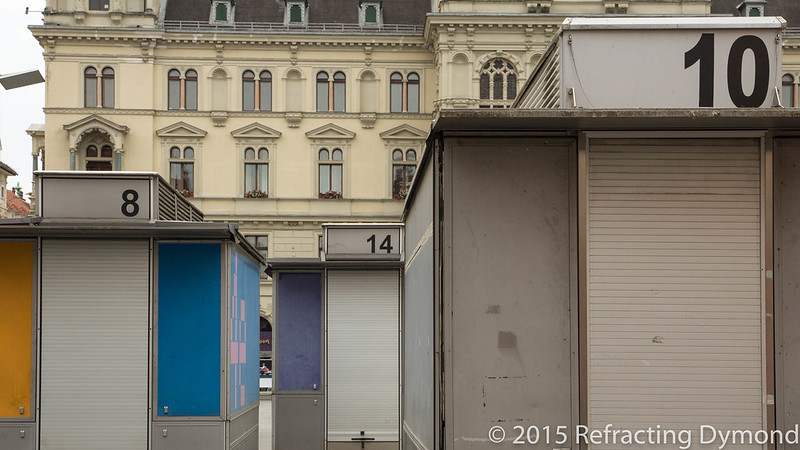 I took this picture while wandering around Graz, Austria in the morning. The market wasn’t fully opened and it was interesting to see the closed stands.  This angle intrigued me, with the numbers standing out. I also liked the clear contrast of shabby, modern stands juxtaposed against the classical facade of the city hall (at least I think it was city hall).

This was a simple shot without much postprocessing. Afterwards I noticed a few things I could have done differently, such as brighten the foreground. On the other hand, I think the shot lends itself to photography that isn’t pristine itself.
Camera: Canon 600D
Lens: EF-S 15-85 at 38mm
Aperture: f/8.0
Shutter Speed: 1/160
ISO:100
Postprocessing: Lightroom