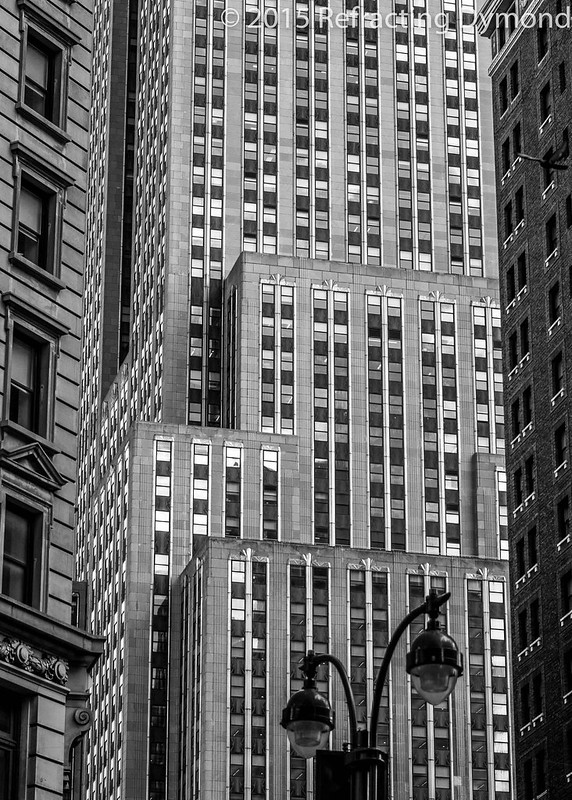 Last September I spent a day in New York City with my parents. We had a wonderful time and I was able to capture some excellent pictures. In this series, I will share some of the pictures. They are all very different from each other, but only have in common is they were taken on the same day in NYC.

I first saw the Manhattan skyline in 1989, around my 10th birthday. My parents took me to see the Statue of Liberty. I remember being more fascinated with the tall towers across New York Harbor and wondering how there was any way there was room for people in between the towers. We later drove by the Empire State Building. The building has captivated me since then. I love the Art Deco style, the stepped appearance, the lines. To this day, despite taller towers being built, destroyed, and built again, it endures as a landmark.

I used my 40mm prime lens, which presented a particular challenge when trying to capture the larger-than-life city. It did help me focus on details I usually wouldn’t have seen. This picture is incomplete. It is only a piece of the puzzle. Nonetheless it is still very recognizable.