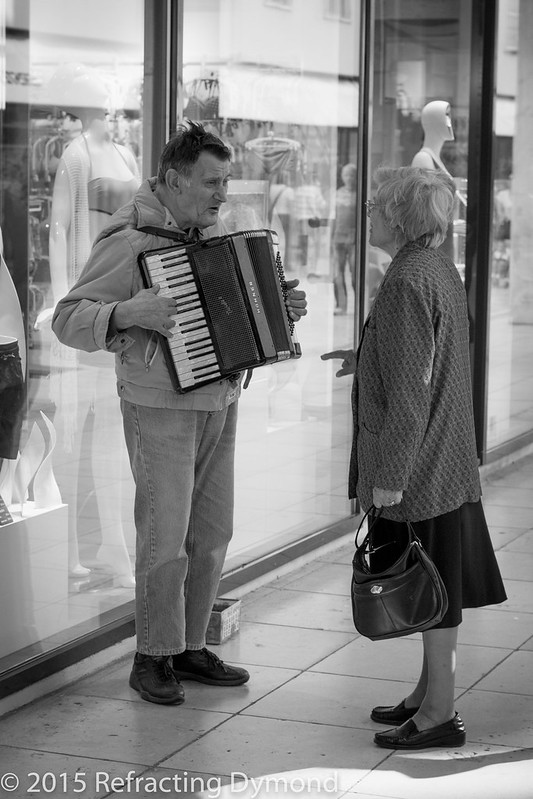 I took this picture shortly after I took the picture posted in “Baking in the Sun.” The contrast of an ancient church and Roman ruins, then turning around to see modern city life intrigues me. You would almost never guess the two pictures were taken minutes apart. I don’t recall what drew my eye to these two, but I do know they stood out from the crowd. I wonder is she asking him to play a song?

I love the composition of this picture. The subjects’ discussion is captured nicely, something I strive to achieve but rarely do. (I’m working on it!) The mannequins in the background give the picture a slightly creepy flair. I originally took this picture in color, but the contrast brought out something in the picture – I think it highlighted the sharpness of the subjects. What do you sense in this picture?