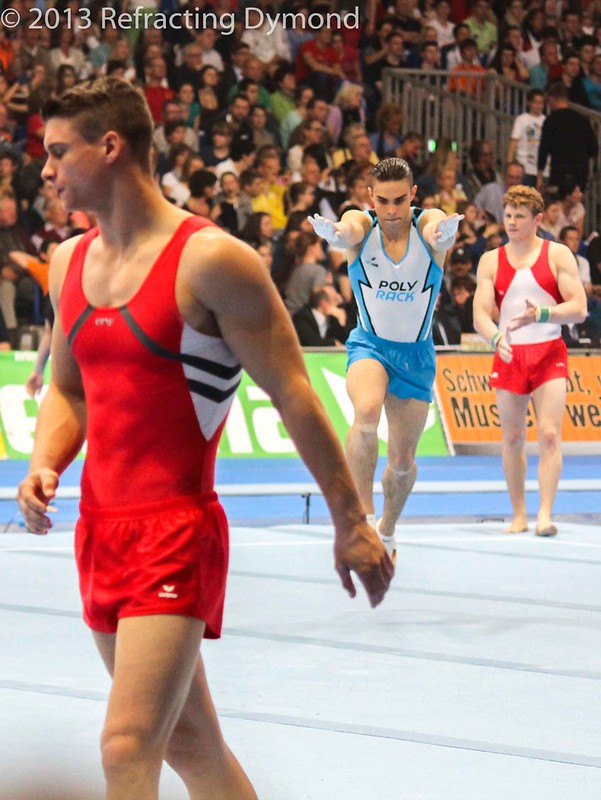 The gymnastics German championships were held in Mannheim in 2013 as part of the International Gymnastics Festival. It was a neat event and seeing the men’s finals live really gave me a new appreciation for what the athletes achieve. It also made me realize how out of shape I was at the time. I still can’t do back flips, but at least I am in better shape now.

The seats we had were pretty close to the front and I had my zoom lens, knowing I would not be able to get the best shots given the lighting and lack of tripod, but I thought I would try. Photographing people is not a strength of mine. However, I really like this picture. The  four layers of the photograph give it depth – the three athletes and the audience. Also, as many of my favorite pictures, captures the atmosphere of movement. There is a lot going on in this picture, and there was a lot going on at the event.