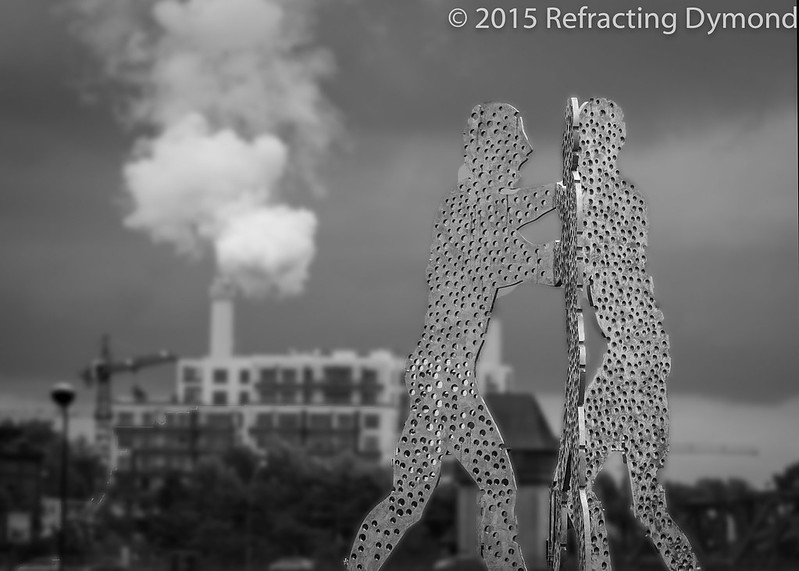 I have mentioned before that the contrasts in Berlin fascinate me. You can tell the city has been through a lot. But you often hear people who have been through tough times say that it made them stronger or into the person they are today. I think Berlin is like that – it wouldn’t be as cool or trendy or interesting or fun if it had not been through those rough times.

This sculpture on the Spree River is called The Molecule Men and was designed by the American sculptor Jonathan Borofsky in 1999. It represents the point where three districts come together and is meant to symbolize unity.

I zoomed in here, which allowed for a shallow depth of field. I like the modern sculpture contrasted with the burned industrial background. This is yet another picture that worked better once color was stripped away. As this was taken outdoors and the boat was still it was otherwise an easy shot.