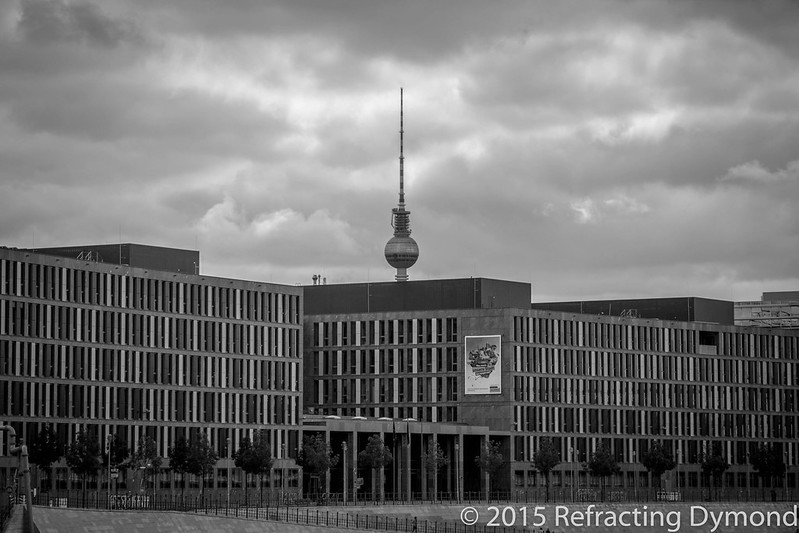 Finally starting the theme I had intended to post, but bumped it to show solidarity for Paris. Over the next few posts, I will feature Berlin in Black and White.

These pictures were taken from a trip this summer. It was a fun weekend. Berlin is always fun. The weather was cool for July and rainy, which made for excellent B&W pictures.

One of the things that fascinates me about Berlin is the contrast of old and new. You can tell the city has been through so much. Here, you can see the  TV tower at Alexanderplatz, built by the East German government to show off Communist technology, peeking from behind newly constructed buildings along the Spree River. They were built in what used to be the no-mans land near the Berlin Wall.

I love the way the clouds are lit in this picture. The B&W highlights that even more, as the contrast wasn’t as apparent in color – gray and blue washed into white.