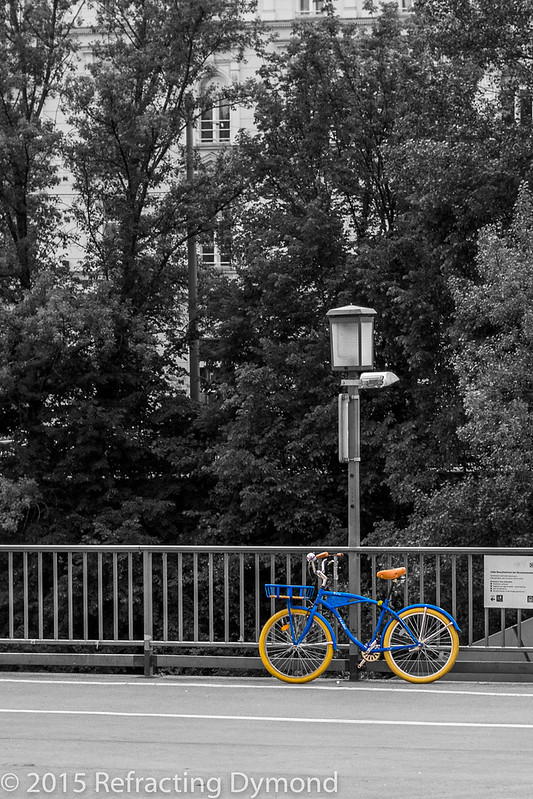 This was a simple shot. I was using a 40 mm prime lens and framed the shot at ISO 100 and an open aperture. I know B&W photos with color highlights is a matter of taste, but I really like the effect in certain settings. Since the bike’s colors stood out at me, I decided to convert this to B&W and leave the bike in color. I think it transmits more of how I felt when looking at the scene in person. What do you think?