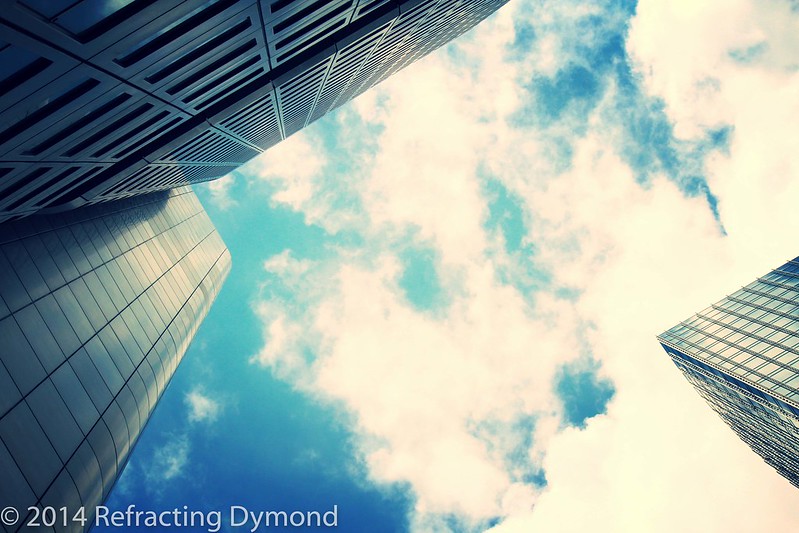 I love the architecture of skyscrapers. Europe isn’t known for it’s tall buildings, but thankfully I live not to far away from Frankfurt, which has the highest number of skyscrapers in Germany. Every year they host a Skyscraper Festival, so in 2014 I attended. It was a nice day, though taking full advantage of all on offer would have required more planning. Of all the photos I took, I like this one the most. I think because, to me, it shows not matter high we build, we are still small.

This was a quick snapshot I took towards the end of the day. I don’t know why I selected ISO 400, as this was outside during the day. I processed this picture in flickr using their online editor and applied a filter (gasp!). I like the end result and effect, though. I considered reediting the picture now that I have Lightroom, but decided to stay with my first edit. I used it as a desktop background for a while. I’d be interested in hearing what you think…