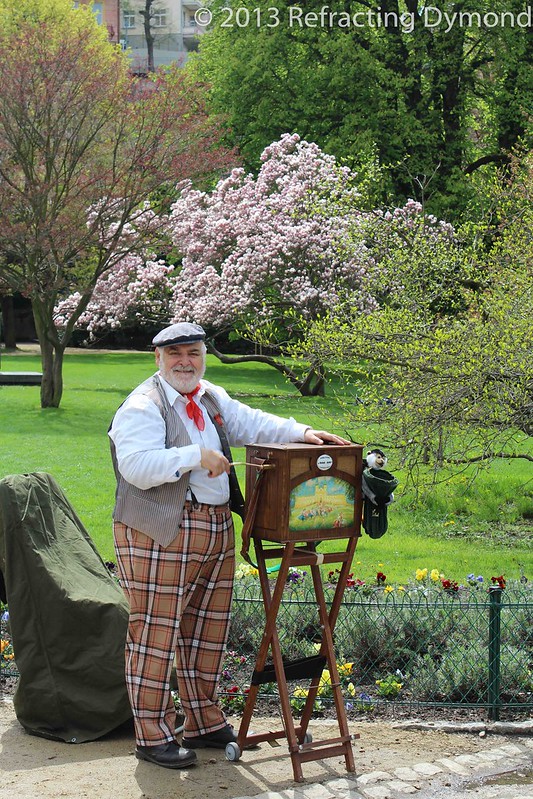 This jolly man was in a park in Karlovy Vary, Czech Republic. He really seemed to enjoy what he was doing, and people were giving him lots of coins. I snapped a picture of him and was able to capture a bit of his personality or the mood he was conveying at the time. It looks posed, but in reality it was just good timing. He wasn’t actually looking at me nor was he posing. Lucky shot! I took this at a time when I decided I wanted to get better shots of people and moved closer to him than I had been to other subjects in the past. I think this helped both the picture, and helped me get more comfortable.

This was taken mid-day, which always presents a challenge due to harsh light. The beautiful park background helped, and trees were casting a slight shadow. I had the white balance on daylight which helped make this a bit better and I increased the warmth in Lightroom.