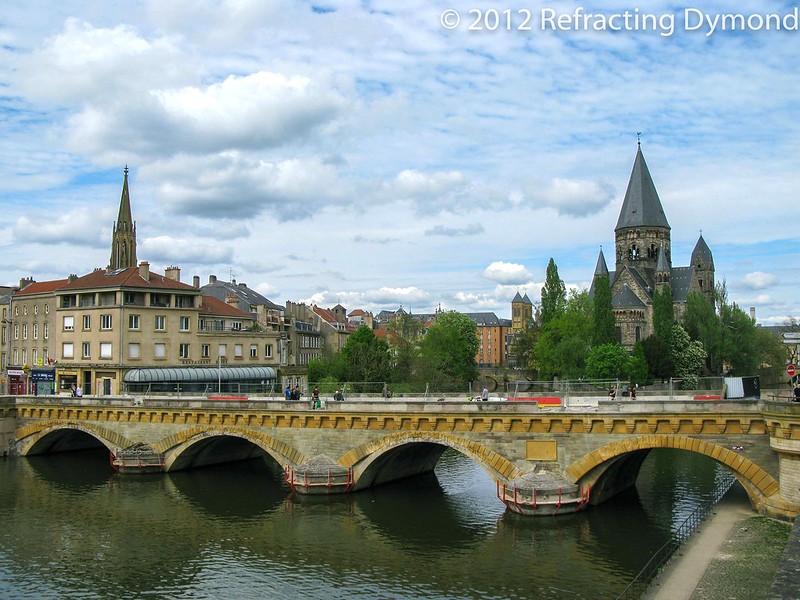 Metz, France is a beautiful city on the Moselle River. I have very fond memories of visiting it while on my year abroad, and have been drawn back a number of times. The city shows a number of different architectural styles, reminders of the chaotic history of the city. In this picture you see the Moyen Pont (Old Bridge), which was built in the 13th century and the Temple Neuf (new temple), an early 20th century Protestant church.

I took this picture on an automatic setting on my G9. I upped the vibrance a bit to bring out the colors a bit more. While many people are anti-automatic setting, and I now adjust the settings myself, this is proof that automatic does indeed take good pictures now and then.