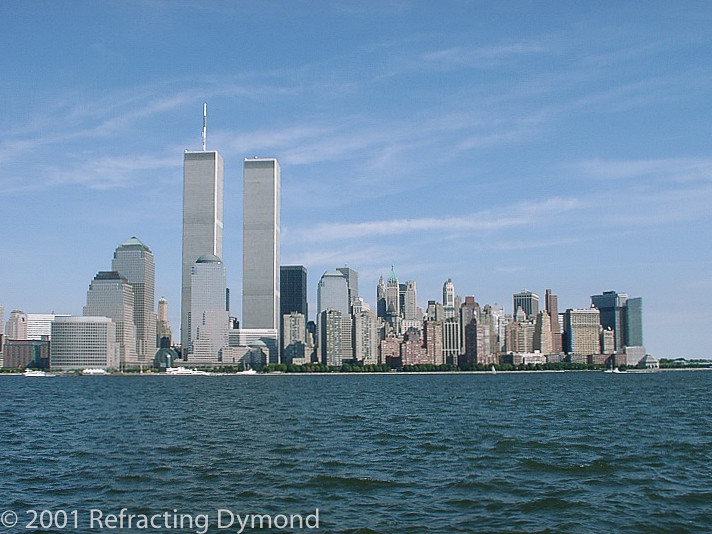 I am publishing this at 8:46 am ET – exactly 14 years after the first plane hit the towers.

The weather on September 9 was exactly as on September 11 – a stunning fall day. After taking this picture, I got on the wrong PATH train and went to the top of the World Trade Center, a tourist site in NYC I had not yet seen. If you had told me that the buildings would not be there two days later I never would have believed you. I am so glad I had the opportunity to visit the towers while standing. The memories of that visit are burned into my head – positive memories opposed to the negative memories from two days later.

Here is the ticket to the observatory. 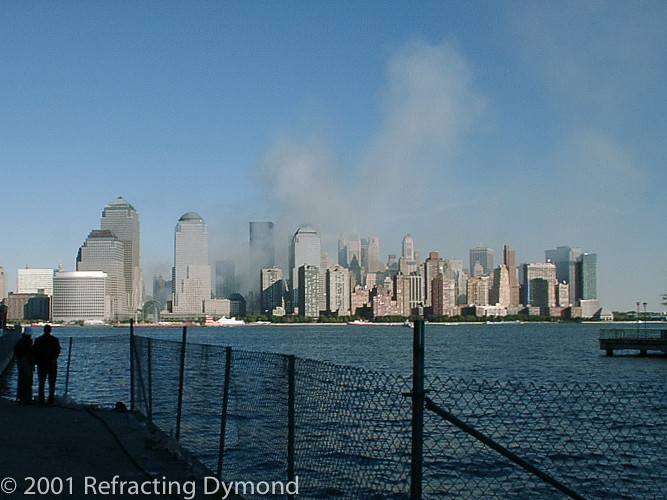 So many people lost their lives that day for no reason.

So many people around the world have lost their lives in war and terrorism since.

I publish this photo every year on Sept 11 to remember those lost on 9/11 and since.