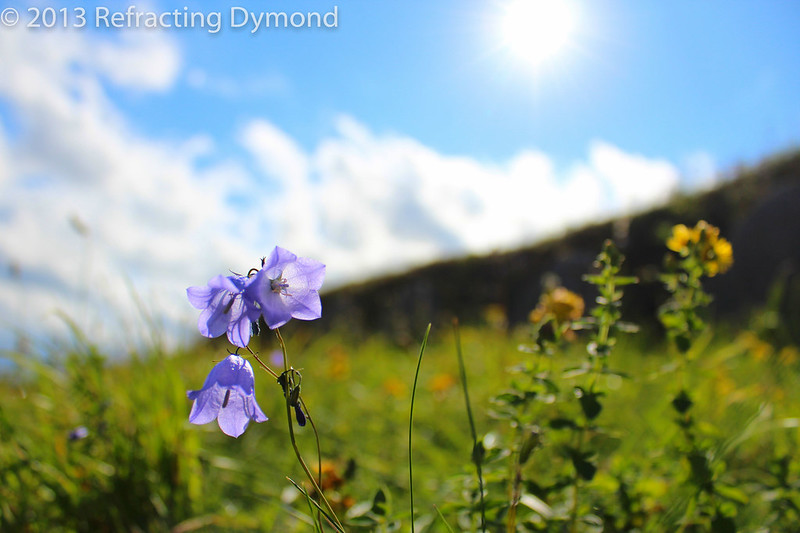 I always try to respect sacred ground, even if it is from an ancient religion or from a people with a different belief system than I have. Grønsalen is located on the Danish island of Møn and is a long barrow burial site dating back to around 3500 BC. The weather was beautiful and the site was peaceful. I thought the site would either not stir any emotion or feel like a cemetery. Instead, I felt more respectful to those people who have long passed and chose this site to bury their dead.  It is amazing to know people were walking around, living their lives, and honoring their dead that long ago on a spot where I was standing. It makes me wonder how similar their lives were and think of how different their lives were to mine.

The site was rather remote, as the island itself is, and was very peaceful. I wanted to capture the peacefulness of the site in a way, but that differed from the typical tourist shot. The way this flower was protruding from the rock caught my eye, and I decided to make this the focused subject of the picture. I chose a wide aperture for the narrow depth of field, purposely putting the burial mound out of focus. I also shot into the sun. To me, this give the effect of the burial mound being distant or unclear, just as 3500BC is distant. Further the sun at the top made me think of the Christian view of heaven, with a God shining down and saving the souls.