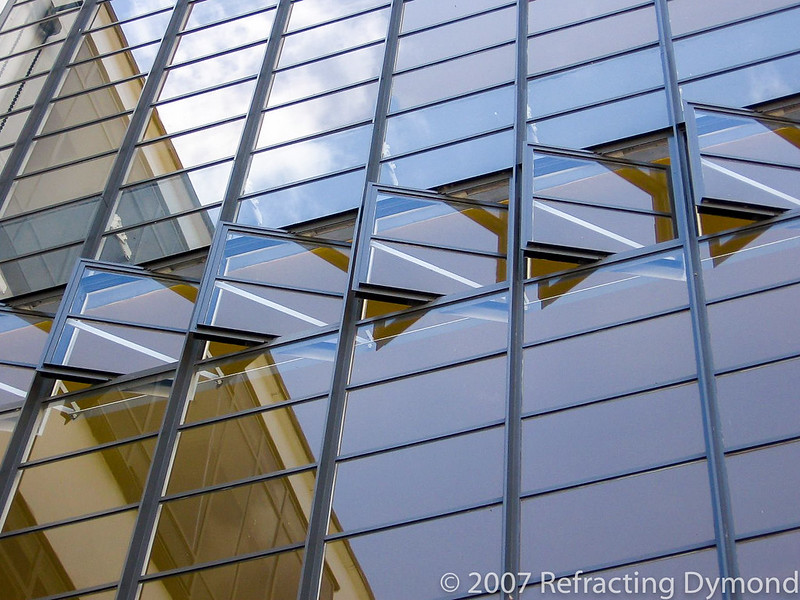 I like the architecture of the Bauhaus school. It is known for its simplicity and lines and was a major influence on the modernist architecture movement. I think it also appealed to me because I find the literature of the Weimar period in Germany fascinating and this movement coincided with that time period. I chose this shot because I like the lines and the orderly disorder the open windows bring to the picture. Wonderful shapes here.

This picture is of the Bauhaus School building in Dessau, Germany and is an UNESCO World Heritage Site. I used the automatic setting (gasp!) on the camera for these pictures, but they came out pretty well. The architecture of the building really allows for completely different shots simply by moving around. Shooting this building is a lot of fun due to the different possibilities for composure.