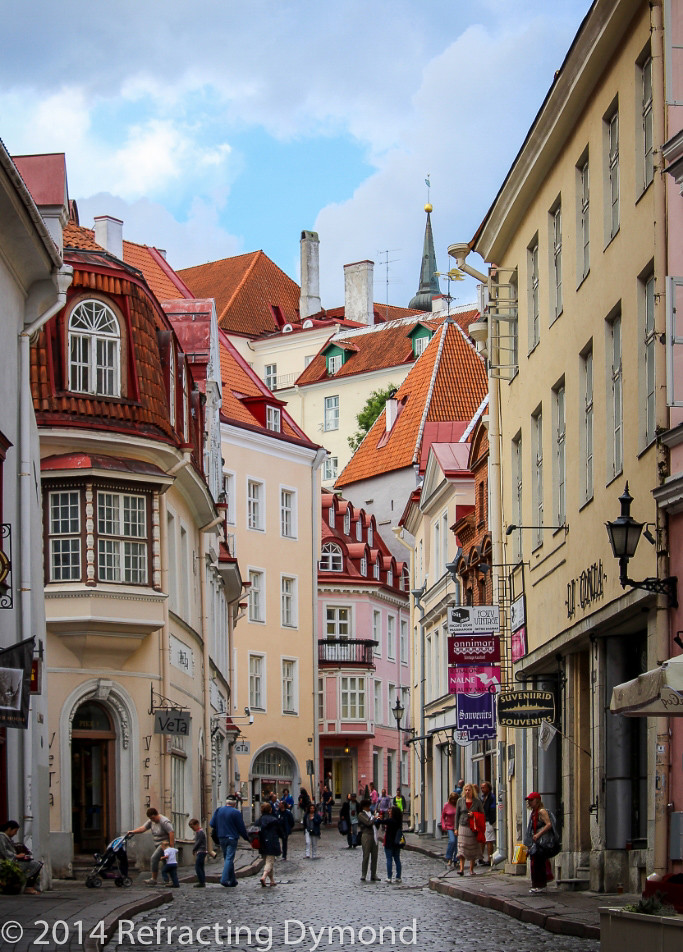 The changes in Eastern Europe over the past 25 years have opened up so many excellent travel destinations. I remember vividly how my kindergarten teacher, circa 1985, pointed out how big the Soviet Union was on a map. She told us it was evil and they were against us. I also remember hearing stories about Communism: bread lines, one-child policy, travel restrictions. Much was true, but it was tainted with Western propaganda. In fact, I was astounded when I first met someone who grew up in East Germany and she told me her childhood was happy.

Therefore I found it very interesting to set foot inside the former Soviet Union. Tallinn, Estonia is a beautiful city. It looks like something from a Disney fairy tale. Or Candyland. I am continually impressed by the recent history and development of the Eastern European countries. And I would recommend putting these on the top of your travel list.

This picture was shot in the old town. I really like the layers in the picture. I purposely edited this more than usual to give it a surreal effect. Mainly, I increased the shadows to even out the lighting. When my editing is on the strong side, I do it to mainly bring through emotions that I felt when seeing the picture that didn’t come through. The postprocessing brought out the Candyland feel of this beautiful city.