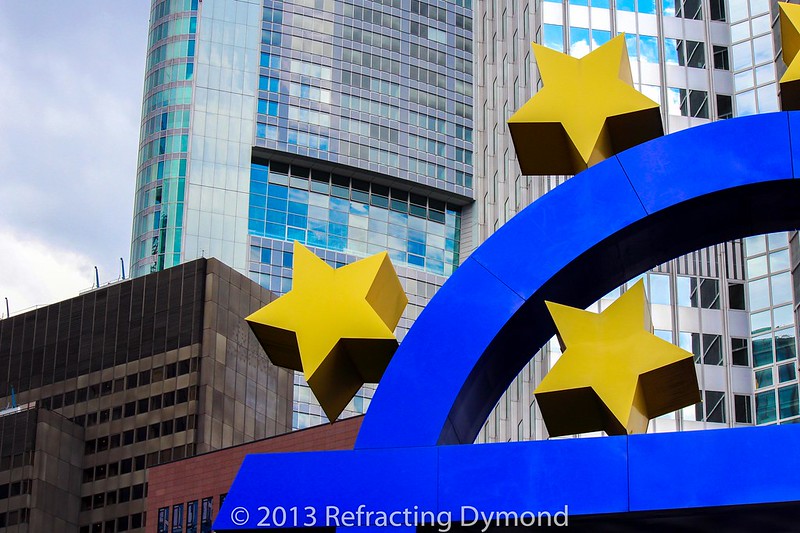 The idea of currency, of money, always fascinated me. I remember collecting foreign coins as a child. I was excited when my grandparents brought me back Lira after a trip to Italy. One of the most exciting aspects of a childhood trip to Niagara Falls was paying with Canadian dollars. Money is a weird concept if you think about it. Something that is only worth anything because everyone tacitly agrees on it. As a student of business and economics, I think money and currency are some of the most interesting aspects of the field. For people like me, the euro experiment was very interesting. It is very unsettling to have one currency replace another. It changes your perception. Suddenly you pay more attention to the price of things and notice changes in price. It feels like you are spending foreign money. More than the transition to the euro, it took a long time for me to stop thinking in US dollars and switch to calculating in euros in my head. Only after years of earning in euros did I start thinking in Euros.

This picture was taken outside of the European Central Bank building – the old one. The picture is a bit chaotic and one who doesn’t know Frankfurt may not recognize that this is the big blue lighted euro symbol in front of the ECB and some of Frankfurt’s skyscrapers in the background. The composition is fragmented and that is exactly why I like this picture. It doesn’t give you the whole picture. Often in life we only see part of the picture. You don’t see the Occupy protesters under the sign, or the high-earning executives working in offices at the top floors of the towers. This picture happened by mistake. I wanted to take a picture of the Commerce Bank tower, but because I had my 55-250 lens on I could not zoom out. So I snapped this on P mode not sure if I would like the result. But I was in the end.